THE ROLE OF SKYSCRAPERS IN THE SUSTAINABLE CITY

This thesis aims to demonstrate how the concept of fractals can be applied to architecture and to urban planning.
Participation in the competition held by "eVolo Architetture", entitled "07skyscraper", was the pretext to develop the theme of the skyscraper.
What does "skyscraper" mean at the beginning of the XXI century? What is the historical and social context in which these megastrucures are inserted? How does the skyscraper connect with the city and the city with it? Can the skyscraper, taken on its own, be considered as a city within a city? Has the human scale been lost in the planning of skyscrapers?
These are the questions that we asked ourselves and to which we have tried to find answers through our research.

The natural world has inspired all of the project design process. Observation of natural forms, especially their structure and their development mechanisms, has brought us to study fractals, which are considered as the minimum common multiple of living things.
Therefore, the project design process has been sustained by a solid study on the meaning of fractal both in the geometric sense and in the topological sense.

Regarding the application of fractals in the geometric sense, we have elaborated a planimetric concept closely connected to the volumetric concept, in fact, the latter evolves from the three-dimensional modelling of the fractal generator.
In this phase of the project the fractal dimension, chaos and the characteristic of self-resemblance emerged. The generator was iterated several times with the aim of obtaining a hierarchy in the different levels of scale, urban planning and architecture.

Study of the fractal in a topological sense lies in the ability to connect to all levels of scale.
The connection between architectural scale and urban planning scale must come about through an interface, which in our case corresponds to the ground floor, or, in other words, the most important level because it represents the link between the building and the urban fabric.
For ground floor we mean level zero of the building, which is that of its original plot. It is a reception area, where people must be encouraged, through planning, to use urban spaces, spaces which are very precious and which aim to promote communication and relationships among and between people. We can, thus, understand the importance of level zero: it must be a liveable environment, in which all elements are planned on a human scale.

To obtain a clear picture regarding the insertion site of the building, we analysed the complex urban fabric reconstructing recent phenomena.
The methodology of the study followed a logical hierarchy, that means that the information regarding the urban environment were observed passing from the widest level down through the various level to the smallest one.

We sought to understand how cities have changed, both on a global level as well as on a local level, focusing on the new organisational, socio-economic and environmental characteristics.
So we studied geography in various forms, in terms of environment, population and global networks, furthermore, we sought to under stand the way in which forms of transport and urban planning can promote justice and social equity, and we examined the relationship between the shape of the city and sustainability, highlighting the potential for cohesion deriving from public spaces.

The historical/critical analysis of the site was very useful in the planning phase where we sought to value the context, even influencing some of the planning decisions in order to maintain a certain constructive tradition through the choice of materials.
During the development of this thesis we discovered the existence o fan intimate link between mathematics, architecture and urban planning, which in our project allowed us to connect the skyscraper to the city and to interact with it, thus connecting two parts of the city which, historically and traditionally have been very different.


If you have any questions or curiosity our contact is: e-mail: arc.trio@gmail.com 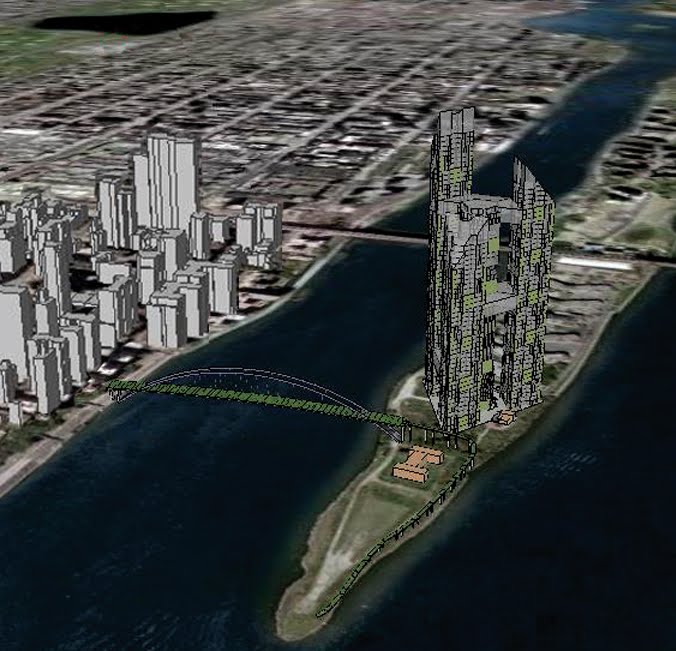 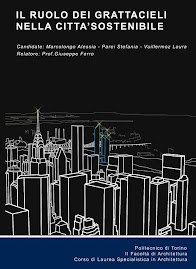